Working with my talented team of collaborators, I developed a messaging system/direction to drive engagement among LSU Tiger fans to increase donations and enrollment in the Tiger Athletic Foundation. Being from Baton Rouge, I knew that most fans consider their claim as a Tiger to be a birthright.

Hence, the BORN TO BE TIGERS campaign. It’s been a hugely successful messaging system and flexes well across print, radio, OOH, Video, and Social Media. 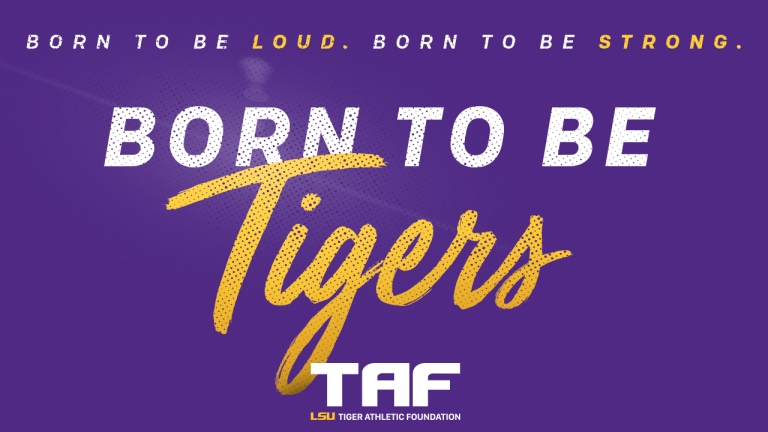 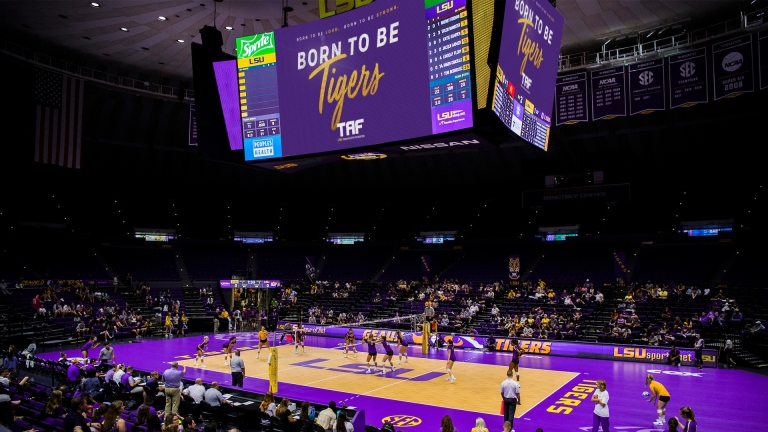 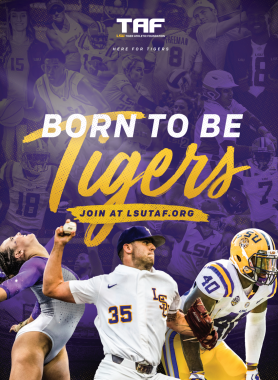 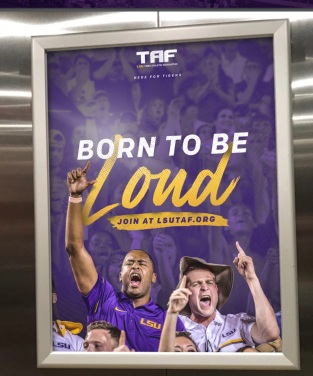 In addition to the Born to be Tigers campaign, I wanted to develop a fan-based social media campaign of sharable (AKA- humorous) content to coincide with LSU’s football season. It has been a huge success with content reaching far and wide. We developed a webpage that links to TAF’s donor page to keep the humor and sharable content consistent with the campaign’s tone and energy.  To see the microsite, Click HERE. 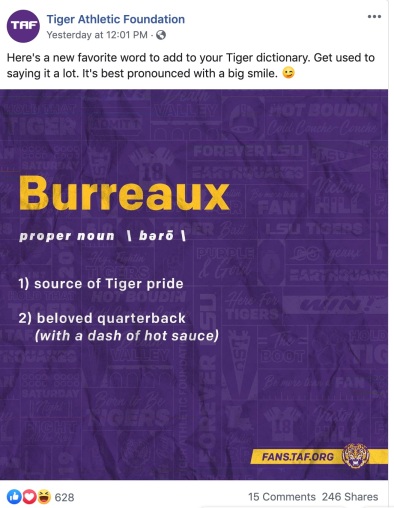 Prior to my joining the creative team, a successful messaging campaign-Energy Goes Far- had been developed and implemented for our client, ExxonMobil. Building on the messaging of this campaign, I was tasked with stretching the tone and voice into OOH signage, event materials, and ultimately an update to the website energygoesfar.com and the development of three videos to feature ExxonMobil’s involvement in community, job development, and educational initiatives. 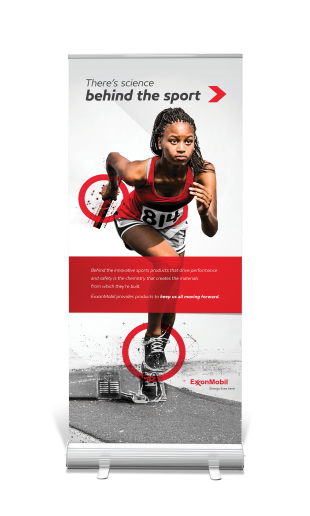 A local franchise with locations throughout the south, Rotolo’s initially needed a campaign to boost engagement and sales with consumers that differentiated themselves from the many (and I mean MANY) competitors in pizza and casual dining. With a large and varied menu, Rotolo’s seemed like the logical place to FEED EVERYBODY.

A mom-owned and operated party and baking supply store in Baton Rouge for forty years. I was tasked with implementing the messaging that would celebrate their 40th anniversary and translate to the sponsorships, print, and special offerings throughout the anniversary year. 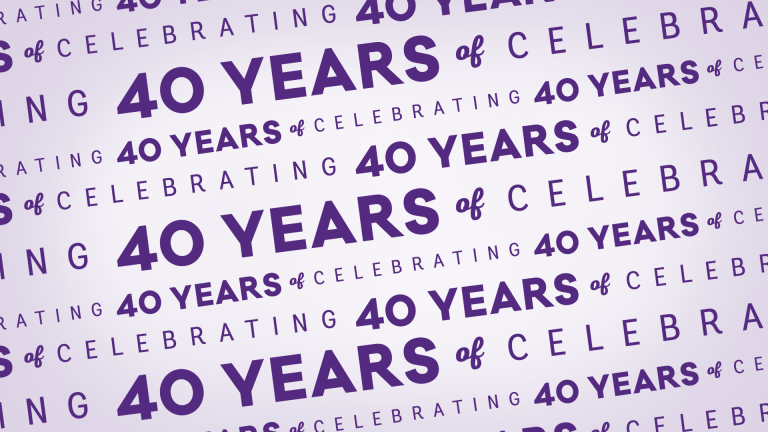 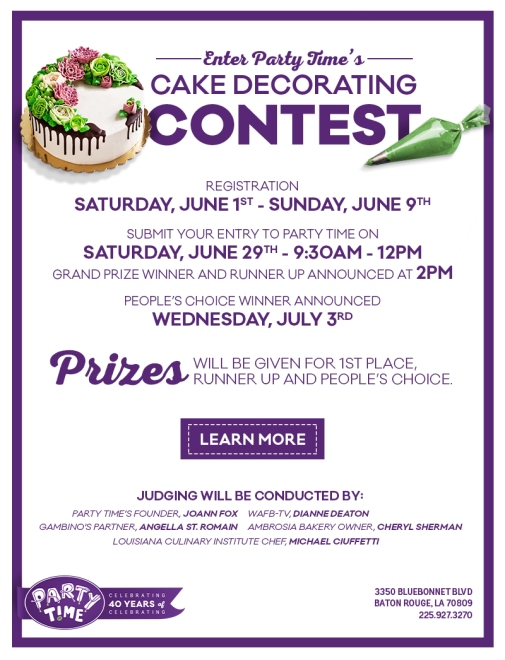 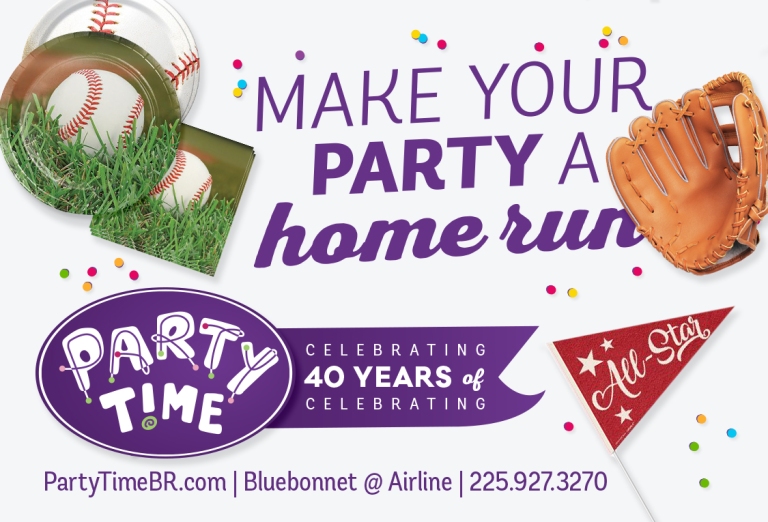 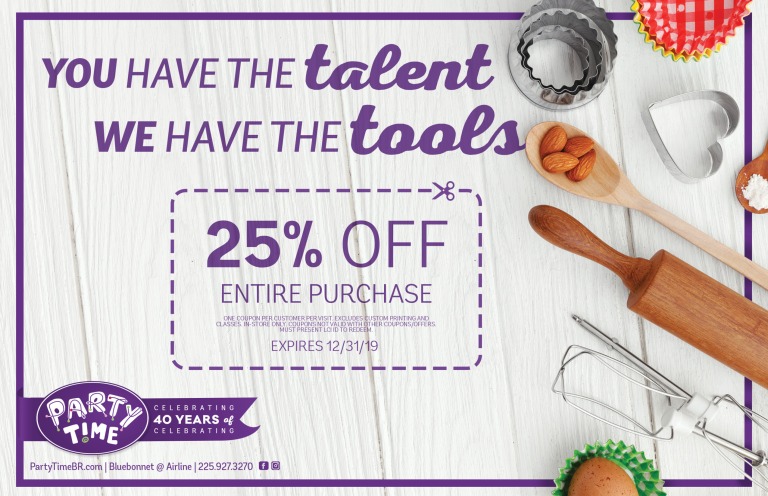 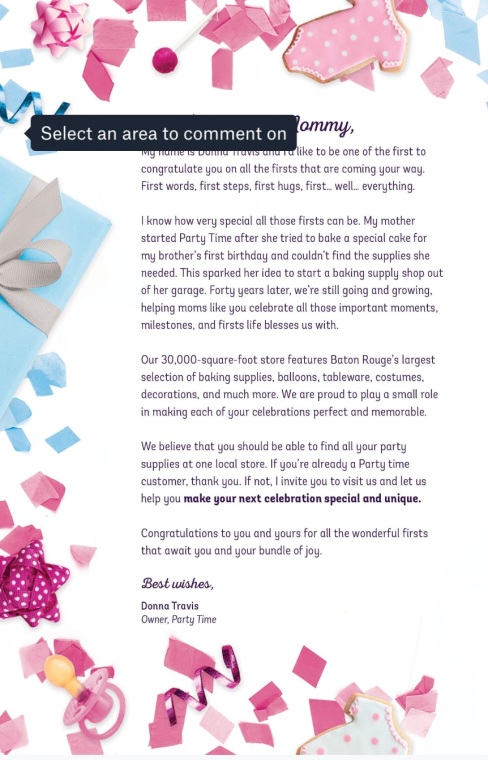 Even a Coloring Book

Working with one of the top haunted attractions in the nation, our team was tasked with introducing the new addition to the haunt—CarnEvil. Inspired by the Saturday evening spookspersons of local broadcasts past, I proposed the use of a demented carnival barker. Lots of silly wordplay and the right actor led to the Sinister Mr. Shadwell taking to Radio, Broadcast, Social Media, OOH, and Print. 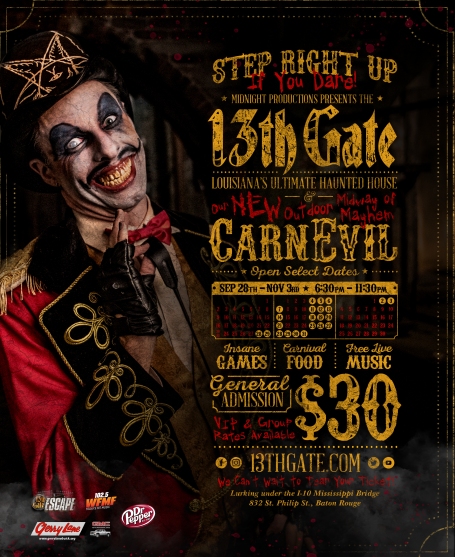 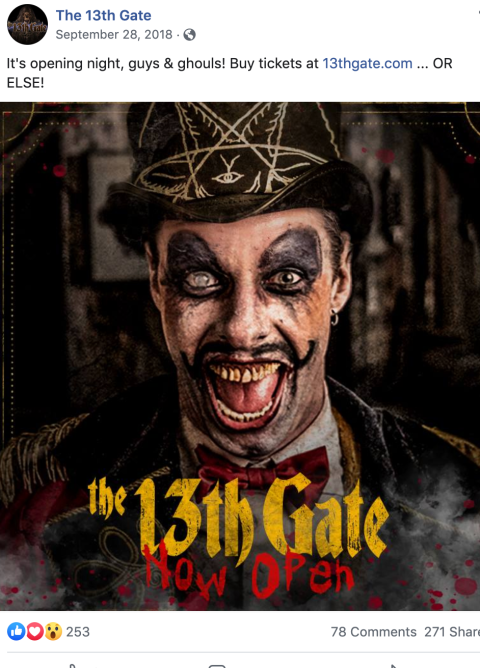