I knew there was still merit in the idea of recordable technology and shared my learnings and thoughts with the books team who, in turn, developed the very successful and patented recordable storybook format. Years later, I was asked to develop a recordable format for kids around the holidays. I wrote and conceptualized the following card that was featured in a national promotion. It features the voice of Bret Iwan, a former designer in my studio, who went on to become the official voice of Mickey Mouse for the Walt Disney Corporation (How cool is that?). To a parent, their child’s voice is a keepsake. The question was, what would a child say that a parent would want to keep forever? Here’s the product.

And here’s the TV Promo. 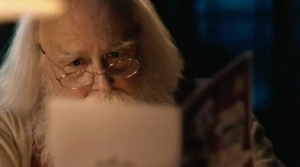 Ironically, this Mickey Mouse card became one of the highest-selling cards in my portfolio.

One thought on “LEARNING FROM FAILURE”